Our Founder and Business Owner

My persistence started at a young age. Starting at the age of seven, I broke the record three years in a row for selling Cub Scouts’ candy by going to the mall, the airport, and just about everywhere else to get orders. After receiving the top sales award, I realized I loved the acknowledgement.  It was my first experience of being the best in anything, and that stuck with me. When in high school and college, I sold shoes since my father was in the shoe business.  I had a great time doing it and exceeded sales goals every month.  Whatever I did, I wanted to be great at it. 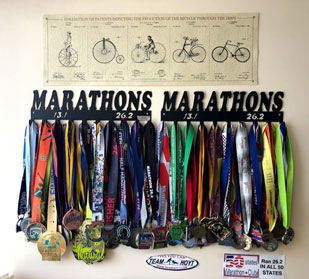 As a sophomore in high school, I started running cross country, and quickly earned a varsity letter. As an adult in my late 30’s, I had the notion that I would run a marathon before turning 40, and ran my first one in Madison, Wisconsin at age 39. To me, finishing a marathon was something very powerful, and I immediately wanted to do more. As part of a marathon group, I went to other cities and started networking with more runners.  Eventually it became a goal to run 50 marathons, one in each state. I reached that goal on June 17, 2017, in Newport, Oregon. My most recent marathon was in October of 2020 in Chicago, during the pandemic.  I gave myself a year off running in 2021, to let my hamstrings and legs heal after 24-years of marathoning.  Who knows? Marathons in Paris, London, or Rome may be next. 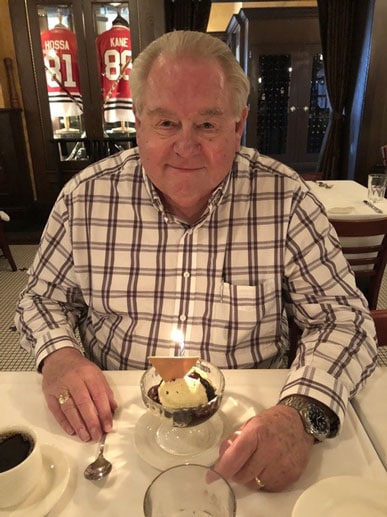 More than 20 years ago, I had a conversation with my friend Dave, who mentioned a tax credit that was available to companies hiring ex-felons and people on food stamps.  I nearly fell out of my chair. It stunned me. Why had I never heard of tax credits for hiring before? With previous experience in finance and the technology software industry, I knew I had the technical skills, selling skills and business skills that I’d used in finance. I focused all my energy on learning as much as I could about it.  In 1998, I started R. Jeffrey & Associates.

I’m the only McDonald’s-focused tax credit & WOTC provider actively participating in Governmental Relations and Lobbying work. WOTC, a non-permanent credit, does not renew on its own. It takes tireless work communicating with members of Congress to keep these credits available for organizations that count on WOTC being there for them. 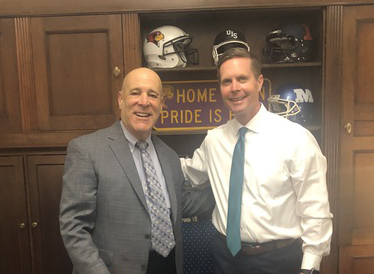 I met people from around the country, and the business grew, from referrals, and from the fast-food industry. I spread the word that there’s a bonus for hiring people who have barriers to employment.  We’re helping people get jobs, which helps their self-worth, their community, and helps their tax situation.  We’re helping people get from the recipient side of benefits to the contributing side of benefits. 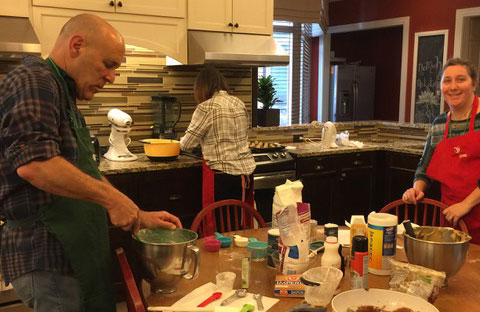 The first few years of business were me, my wife and two daughters at the dining room table manually color coding all the forms needed to participate in the program. We dealt with 1,000’s of forms a year and realized that the more we did for the person filling out the forms, the better we became at removing obstacles for them. In fact, we had our forms converted to Spanish long before the government did, realizing the necessity of having it be easier for the workforce.

The best compliment a client can give R. Jeffrey & Associates is, “Wow, you really know your stuff and are easy to work with.  I feel spoiled.”  We live what we say.  Our staff loves what we do, and it shows in how we work with our clients in the multi-unit restaurant or multi-location business.

I live in Chicago with my wife Leslie. We have two daughters, Elissa and Sarah, and two grandkids who all live nearby. In my spare time, I love to bike, spend time with our granddaughter, and eat out, with Sunda, Labriola and Prosecco being our favorite places to dine in Chicago. My favorite places to travel are S. Africa and Italy.

On an ongoing basis, I love the satisfaction of problem solving.  I see difficulties and failure as an opportunity to learn.  On a larger scale, I love the ability to create from a place of outstanding service.  I love nothing more than for clients to tell us how much they love working with R. Jeffrey & Associates.  I am humbled when people believe in us.

We have over two decades of tax credit experience.
We give you ERC, WOTC and EZ calculations you can rely on.