My persistence started at a young age. As a sophomore in high school, I started running cross country, and quickly earned a varsity letter. As an adult in my late 30’s, I had the notion that I would run a marathon before turning 40, and ran my first one in Madison, Wisconsin at age 39. Eventually it became a goal to run 50 marathons, one in each state. I reached that goal on June 17, 2017, in Newport, Oregon.

More than 20 years ago, I had a conversation with my friend Dave, who mentioned a tax credit that was available to companies hiring ex-felons and people on food stamps. I nearly fell out of my chair. It stunned me. Why had I never heard of tax credits for hiring before? With previous experience in finance and the technology software industry, I knew I had the technical skills, selling skills and business skills that I’d used in finance. I focused all my energy on learning as much as I could about it. In 1998, I started R. Jeffrey & Associates, Inc.

Ally has always had a flair for sales.  She uses her outgoing personality to excel in educating clients on what tax credits are, making them feel comfortable to work with R. Jeffrey & Associates, Inc.  Ally began working at R. Jeffrey and Associates in 2015 in an administrative position handling invoicing and moved into sales in March of 2021.  Without a doubt, Ally is the one who knows when her clients’ birthdays are, what their kids’ names are, and what is important to them.

In her spare time, Ally enjoys spending time with her family, two kids and husband, as well as hanging out with her friends to play games, including Sequence, Hearts, Bags, and Frisbee. She also volunteers as a Daisy Girl Scouts troop leader for her daughter, understanding the needs and interests of the girls, and helping the girls design their own program opportunities. Ally earned her Elementary Education degree at Arizona State University.

Megan started working at R. Jeffrey & Associates, Inc. in 2016 in invoicing and quickly moved into the Director of Operations role. She works with clients individually to make sure their questions are addressed.

Megan obtained a B.S in Consumer Science from University of Wisconsin-Madison. Her education taught her a high-level business background and an understanding of purchasing decisions. Megan started her career as an agency recruiter and worked her way up from there. She led a small team to manage an office for a small manufacturing business. This provided her with the opportunity to do many things within the operations of an office, but also develop a strong customer facing role where she was responsible for customer service and process quality.

Megan is always open to conversations with clients and is an excellent problem solver. She discusses the process for the Work Opportunity Tax Credit (WOTC) and Employee Retention Credit (ERC), explaining details on how to receive these benefits. Megan consistently tries to improve the clients’ experience and takes much of the work off their shoulders. Her greatest compliment is when clients say that WOTC just works in the background, and they don’t have to worry because they know R. Jeffrey & Associates, Inc. is handling it for them.

Megan lives in Northbrook, Illinois, with her husband and three kids. Her children are involved in sports, including the water ski team, football, gymnastics, cheerleading, basketball, and baseball.  They like spending summers in Northern Wisconsin on the lake water skiing, swimming, and having campfires.

As an Administrative Assistant, Ashlie is known for her efficiency, ensuring client’s new hires are submitted to the state in a timely manner with the corresponding documentation. She initially started working at R. Jeffrey & Associates, Inc. from 2014-15 and returned in 2021 after having her two boys. Ashlie obtained her Bachelor of Arts & Science in Healthcare Management from Dallas Baptist University.

Ashlie supports and is actively involved in the non-profit organization Stop Soldier Suicide. She is passionate about helping veterans and those willing to put their lives on the line for our freedom. Ashlie also loves traveling and spending time outdoors with her husband and two boys. A good book or binge watching a season of “Suits” is always a treat, too.

To Ashlie, R. Jeffrey & Associates, Inc. has become family and she couldn’t be prouder to be a part of the team.  Jeff is an incredible leader and CEO. He runs his business with integrity and professionalism, and he treats his employees like family.

The Work Opportunity Tax Credit (WOTC) program can be a bit complicated, and when a client has a question or concern, Celeste is able to simplify it for them. Her goal is to remove any burden from the client, making the program as easy as possible for them, while working to ensure they get the maximum benefit from the program.  Celeste understands that there is no “one size fits all,” and if a client is experiencing any roadblocks, the team works together to come up with a creative solution that will work for them.

In her spare time, Celeste enjoys spending time with her family, game nights, and book club.

Sue started at R. Jeffrey & Associates, Inc. in 2016 as an Administrative Assistant.  Initially she processed applications for tax credits, surveys, and all the necessary documentation for clients. Sue’s responsibilities also include submitting material to various states in a timely manner and other special projects.

She loves working with R. Jeffrey & Associates, Inc. clients and maintaining good relationships with them. Sue is known for her hard work, dedication, and communication skills.

She lives in Deerfield, Illinois, with her husband, and has five children and five grandchildren. Sue just adopted a puppy, Georgie, a goldendoodle.  In her spare time, she enjoys walking, socializing with family and friends, and reading for her book club. 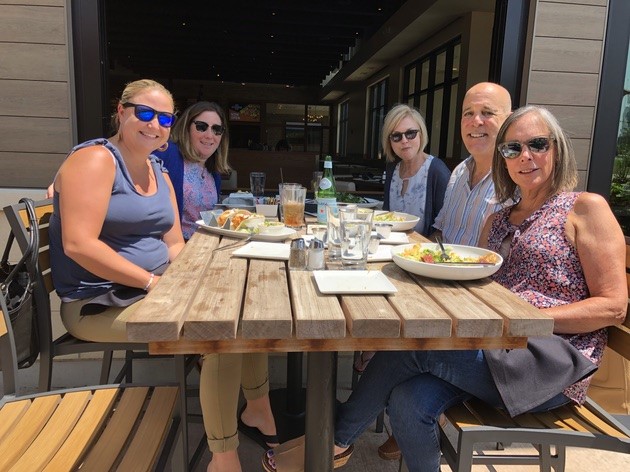 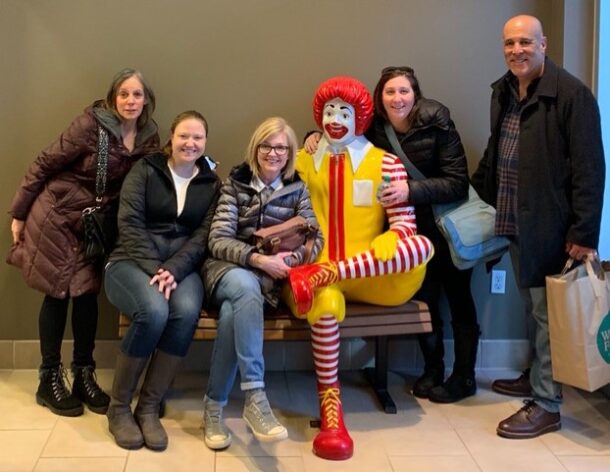